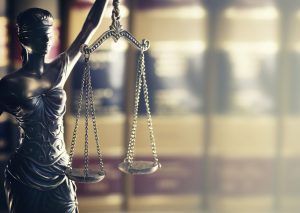 What is Pre-Trial Intervention and More Importantly Is it The Right Choice?

Pre Trial Intervention, often referred to as “PTI,” is a diversionary probationary program offered at the Superior Court level in the county courts.  It can be a way to avoid a criminal record.  Most of the time, you enter the program without ever pleading guilty and even if a guilty plea is a contingency to acceptance, you will never be sentenced or convicted of a crime if you successfully complete the program.

Pursuant to the statute, the minimum length of time for probation imposed is a one year time period.  However, per the statutory guidelines, you can ask your probation officer for an early release from the program as early as six months.  The judge determines the length of time that is initially imposed, and usually community service is a condition, although sometimes this condition can be waived.   Upon acceptance into the program, you are to remain arrest free and if all other conditions are met you will successfully complete the program.

END_OF_DOCUMENT_TOKEN_TO_BE_REPLACED

Red Bank Municipal Court is located on 90 Monument Street in Red Bank, New Jersey. If you or a loved one has been arrested in any municipality, including but not limited to: Red Bank, Middletown, Fair Haven, Rumson, Little Silver, Eatontown, Deal, Ocean or West Long Branch it is important to find a local attorney who is familiar with the local municipal court. Ms. Breslow has appeared in all of these courts and has experience throughout the county.

If you have been arrested for Possession of Less than 50 Grams of Marijuana, your matter will be heard in the municipal court. This drug charge is considered a disorderly persons which holds a maximum of 6 months in jail, loss of license as well as other fines and penalties. If you are a first time offender a lawyer could negotiate a deal with the Prosecutor where you would receive a conditional discharge. However, it is important to understand what the implications are of a conditional discharge prior to entering into it. For example, with a conditional discharge you will be disqualified from other diversionary programs, such as Pre-Trial Intervention. Thus, it is importance to understand your opinions before entering in any “deal.” Tara Breslow has experience in the municipal courts and could advise you on the best ways to proceed.

The maximum fine for a DP or disorderly persons is $1,000. And the maximum jail sentence for a disorderly offenses is 6 months, and possibility of up to six month loss of license. There are ways an attorney can argue for no loss of license. If this is your first time convicted of a disorderly persons offense there is a presumption of non-incarceration. In addition, you may be eligible for a conditional discharge, which is a diversionary program designed to avoid an individual having a criminal record.

Also, a disorderly offense can be expunged within five years of date of conviction, or from last payment of any fines owed, whichever is latter. Even if your matter was resolved with a conditional discharge it is recommended that you get the matter expunged so that it will be completely erased from your record.

END_OF_DOCUMENT_TOKEN_TO_BE_REPLACED

A juvenile who has been charged and convicted of possession of marijuana, cocaine or heroin, has the opportunity to file a Petition for an Expungement sooner than if he or she was an adult. If the juvenile was put on probation or pled to a drug offense then this will remain on their record, until an experienced NJ criminal defense attorney files a petition for expungement. There is a juvenile exception statute which allows a “young offender” to apply for an expungement after one year from the date of conviction or the end of probation (whichever is later). This means that the juvenile will not have to wait the normal 5 or 10 year requirement like an adult would have to before an expungement is available. This is a common practice throughout Monmouth, Ocean, Middlesex and Union counties.

NJSA:52-5 is the statute that deals with Expungement for Young Drug Offenders and it states that “after a period of not less than one year following conviction, termination of probation or parole or discharge from custody, whichever is later, any person convicted o f an offense under chapters 35 or 36 of this title for the possession or use of a controlled dangerous substance… and who at the time of the offense was 21 years of age or younger, may apply to the Superior Court in the county wherein the matter was disposed of for the expungement of such person’s conviction and all records pertaining thereto.”

If you are not an United States citizen and seeking naturalization, can you get an expungement in New Jersey? My review of the New Jersey Expungement statute simply leaves me then answer– why not. The question then becomes can the Federal Government Agencies such ICE and the Department of Homeland Security ask you to divulge information pertaining to prior arrests and convictions.

It is my understanding that these agencies can ask you about prior arrests and convictions that have been expunged or sealed. But, wouldn’t it be better to have the incident expunged rather then not having it expunged. If someone is seeking naturalization into this country and they have a prior criminal conviction that has been expunged, and they have to divulge this information, isn’t it better to say that you have made every effort to have that information sealed. I think it speaks highly for the individual with regards to motivation in seeking gainful employment and contribution to society. And of course there is the possibility that the information will not have to be divulged. It is very difficult to become an American citizen and why not give yourself every possible advantage. It is important that you have an experienced New Jersey criminal defense attorney on your side at all times in filing a Petition for Expungement.

If you have been convicted of a criminal offense, completed a diversionary program, or if your case was dismissed, expunging your record should be your number one priority. It is important to speak with a New Jersey Criminal Defense lawyer about the new expungement laws that have made many offenders eligible for expungement who were not eligible under the old law.

Under the old law, expungement for an indictable offense, including first, second, third and fourth degree indictable crimes was only available after a 10 year period had passed from the date of conviction, payment of any fines, completion of probation or parole. In 2010, N.J.S.A. 2C:52-2, the New Jersey Expungement Statute was amended to allow the Court to a grant an expungement although less than 10 years has passed if the Court finds that at least five (5) years has passed from the date of conviction, payment of fines, completion of parole or probation, so long as the person has not been convicted of any intervening offense and the Court finds in its discretion that expungement is in the public interest after considering the nature of the offense, the applicant’s character and his conduct since conviction.

If you have completed Pre-Trial Intervention, a Conditional Discharge, or a juvenile who has completed a deferred disposition, it is time to discuss filing a Petition for Expungement with a lawyer.

New Jersey law pertaining to expungements is found under N.J.S.A. 2C:52-1 through N.J.S.A. 2C:52-32. If a person is eligible for an expungement, it is important to meet with an experienced criminal defense attorney who has experience in filing a Petition for Expungement. There are very specific guidelines that must be following when filing a Petition for Expungement, and unless all documents are prepared and filed properly and then sent to the proper law enforcement agencies, the Petition will be denied.

If the Petition is granted by the Judge, any record of law enforcement taking you into custody as a conviction, juvenile, adjudication of delinquency, disposition and other related court proceedings will be removed from any type of record. This means that if you are applying for a job and a criminal search is conducted, an expungement will ensure the removal of all records within any court, law enforcement, criminal justice agency or juvenile justice agency concerning an arrest, detention, disposition of an offense within the criminal or juvenile justice system.

It is important that an experienced New Jersey criminal defense attorney prepares and files a Petition for Expungement. This Petition for Expungement needs to be filed within the county where the arrest or prosecution occurred. A Superior Court Judge then decides whether the person should be granted an Expungement Order. The Prosecutor can take an opposing position to the granting of the expungement, and then the matter will then be heard before the Superior Court Judge for oral argument.